The Most Common Drug Addictions 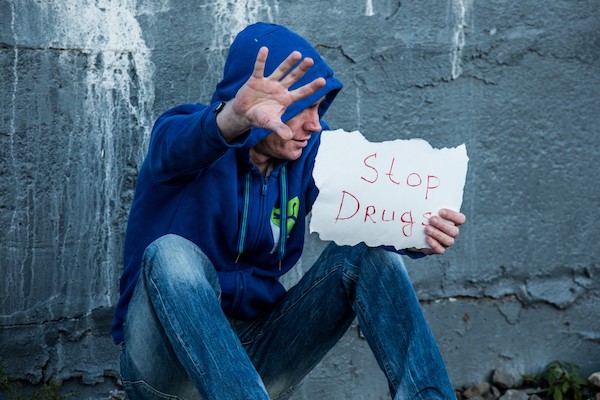 Of the PA rehabs that take Medicaid, we are one of many helping to fight the epidemic that is addiction in the United States. Clear Day Treatment cares a great deal about helping people understand and combat drug addiction.

One issue we often hit is that addiction is complicated. There are many types of drugs and they often work in very different ways.

To help, we’ve put together a list of some of the most common drug addictions to help patients and families alike understand what they’re up against and why these substances are able to do the damage they do.

Many Americans underestimate the dangers alcohol poses. As a drug that has dodged much of the stigma around drugs that has pervaded the past decades, we in some ways have grown used to it.

However, alcohol is as dangerous as many of the drugs that are currently illegal. In fact, it is often more dangerous in terms of its ability to cause dependence and the danger it poses to the body.

An estimated 18 million adult Americans have what experts call an alcohol use disorder (AUD). This condition is characterized by a difficulty stopping drinking, even if it is damaging your mental or physical health.

Broadly, a dependence on alcohol can be mainly linked to two traits of the drug. First, alcohol causes the brain to release endorphins which can cause a drinker to feel good and driven to drink more.

Second, alcohol withdrawal can be harsh on the body. It is so harsh, in fact, that heavy alcohol dependence more or less requires medical assistance.

For alcohol treatment in Pennsylvania, our facility can provide such assistance. Key is providing enough support that a patient can last through the difficult withdrawal process, after which recovery become much easier.

Nicotine, much like alcohol, is often overlooked in the discussion of drug addiction due again to its legal nature. However, with nearly 40 million smokers in the United States, it’s a serious issue.

While not everyone who smokes is addicted, it is almost inevitable that people who consistently smoke will grow dependent. Quitting is very difficult for smokers despite the clear, known health benefits of stopping.

Nicotine’s mechanism plays a big role in that. The high is short-lived, driving people to smoke more to maintain it. The more one smokes, the more it affects the body.

This may explain why about half of smokers try to quit each year but only about a twentieth succeed. They lose the slight, brief euphoria smoking causes all while also dealing with the withdrawal of stopping.

Some people who struggle with nicotine may also worry it isn’t a “real” addiction but it is. Nicotine is absolutely addictive and can cause cancer over time. It’s a serious issue that is more than fine to admit that one needs help with.

There has been a massive opioid epidemic in the United States for some time. Pharmaceutical companies in the late 1990s pushed the drugs on Americans, doctors overprescribed, and massive rates of misuse began.

While some efforts have been made to curtail this issue, opioid misuse is estimated to cost the United States about $78.5 billion a year. Nearly 50,000 people in the United States died in 2019 alone. Opioid addiction is alive and well.

The problem is that opioids like prescription pain relievers, heroin, and fentanyl produce a powerful high. Users get a rush of endorphins that can be difficult for non-users to understand.

However, that rush comes with a cost. The brain starts to produce fewer endorphins naturally. Moreover, users need more and more opioids to produce the same high.

Quitting an opioid addiction without medical assistance is all but impossible. Withdrawal is severe and the pull of the drugs can be quite intense. Rehab is always a good idea when fighting addiction but is basically essential for combating opioid addiction.

While quitting is difficult, the good news is that medication-assisted therapy can be a huge help in the recovery process. Experts can give you drugs meant to help taper off your addiction, rather than quitting all at once.

Discussing the issue of cocaine addiction is somewhat complicated. Cocaine has been used as a political weapon for decades and the truth of the issue has been marred in the process.

In short, many people have been taught crack cocaine is significantly more dangerous than powder cocaine. This isn’t true and there is a great disparity in how the law treats the substances.

That said, both types of cocaine can still damage the body, drive someone to act in ways that are not healthy, and cause dependence.

Cocaine prevents dopamine from being recycled. This causes a buildup of dopamine in the brain, resulting in a surge of pleasure.

Cocaine withdrawal doesn’t have many physical symptoms. At the same time, it can still be difficult on a mental and emotional level. Concentrating can be difficult and a person may feel anxious.

It should be noted that drugs can be difficult to quit for reasons beyond withdrawal. A person who abuses cocaine has done so for a reason. If you feel unable to stop taking cocaine, you should still go to rehab.

Rehab for These Common Drug Addictions and More

While the above are some of the most common drug addictions, remember not to laser focus. Addiction is addiction. If you or a loved one can’t stop taking any drug, legal or illegal, then it’s time to seek help.

Contact us at Clear Day Treatment if you’re interested in how we may be able to do just that. We’re one of the drug rehabs in PA that accept Medicaid alongside a number of other payment options for clients of all backgrounds.